A few months ago, I remember telling someone how much I loved theme-ui for building UIs in my Gatsby apps. The big pitch I led with was, “theme-ui is very un-opinionated…“.

The response I got was, “Nah, man, I need something that’s heavily opinionated”.

I have not been able to stop thinking about this ever since, so now I’m writing my…opinions on this.

What does it mean when a library is opinionated?

I love redux. Many people on Twitter have expressed their hatred for redux. I think the problem with redux initially, is the fact that it wasn’t very opinionated at all. Which ends up leading to tons of different ways of using the library. Through an agency, I’ve seen tons of redux projects. Many had variations of “best practices”. Some projects were miserable to work on because you can’t tell your ass from your elbow, while others were easier to reason about.

The maintainers of redux ended up making something called redux-tool-kit. Which is literally pitched as, “The official, opinionated, batteries-included toolset for efficient Redux development”.

redux-tool-kit basically took most of the industry’s best practices and made a library on top of it to enforce those best practices. A few small things to mention is including redux-thunk, mapping functional components to key values in slices and removing the need for redux.connect to bridge the gap between your React components and redux store.

Because the community struggles with all the different redux implementations, an opinionated library comes out to ensure that everyone is using the library the same way. This ensures that people aren’t doing whatever they want when implementing redux in an app, which makes it significantly easier to learn and enjoy. After all, life would be much easier if we all did things the same way, right?

What does it mean to be less opinionated?

Being less opinionated means that the library or tool doesn’t restrict you from doing things in a limited amount of ways. In many ways, React itself suffers from this problem. If you were to choose 10 random React projects that existed on github, you’d probably see some really different implementations. Class components or functional, utility functions vs functions being defined at the component level, separate files for styling, different styling libraries, prop drilling or composing components, the list can go on. You sort of have to have an ear to the JavaScript community to know what the consensus is, and that can change at any given moment in this industry.

I really love Theme-UI for the lack of opinion on how components should be styled. Better yet, with the theming system and the sx prop, I’m allowed to extend my own opinions on how things should be styled through the library. With other UI libraries and theming systems, you have to learn their unfamiliar APIs for things like Grid layouts and buttons and sometimes when you need to do something kinda different with your styles, those APIs end up holding you back and slowing down your progress.

Does this mean that React would be better if it was more opinionated? I personally love React and the eco-system that comes with it. I’m not sure what a very opinionated React would look like, however, there are opinionated libraries you can use, like Ember and Angular.

When is an opinionated library a good thing?

(I’m really struggling here to not make jokes about saying, “Well, in my opinion…” btw)

When it’s solving a problem that everyone has.

Let’s take routing for example. Every web developer needs to do this at some point.

React, being the flexible tool that it is, has quite a few options for handling routes. Due to the nature of React, there are many different ways to structure how you use each option, however, the actual usage of the router itself is where the opinion is. Fundamentally, they all work the same way. Wrapping a Provider component around your root component, with Route components that point to your App’s UI components. As long as those specifications are met, you will have successfully set up routing in your app.

Another example would be how we handle responsive design. Many UI libraries have built-in CSS classes that determine whether or not content should be laid out horizontally or vertically based on screen width. They provide their own padding, margin and box shadow by default. Of course, you’re allowed to overwrite or apply more styling. These types of opinionated approaches allow you to get things done faster and they look better sooner rather than later.

When a common problem is difficult to implement

Thinking back on redux, this is exactly why redux-tool-kit exists. Redux was already very flexible and being mostly used in a very flexible UI library probably didn’t help. I have to admit, it took me a very long time to feel comfortable with redux probably because of how many different implementations of it I’ve seen. The problem is less about the high-level idea of how it works, it’s more about how everyone structured using it because there were no real guidelines on best practices.

When a problem is very specific

Something I’m working on specifically is shopping carts for Stripe products. I’m working on a hooks library for this: https://github.com/dayhaysoos/use-stripe-cart

Shopping cart logic is something we all have to deal with at one point or another. There are plenty of shopping cart tools out there. Seriously. There are a lot. Mine is specifically for Stripe products and getting your customers into the Stripe checkout experience. Everything about the way this library is built has Stripe in mind. Because I have a solid understanding of how Stripe product data should be formatted before getting to Stripe’s Checkout experience, I’m determining what values are important and how data should be passed to the CartProvider.

Because this lib is going to be so opinionated and specific, you won’t have to think about how things are handled under the hood. Just pass data to the library the way it expects, and you’ll get back the things you actually care about.

The downside to opinionated approaches.

Keep in mind, that these downsides are really just possibilities you may face when using something that makes being opinionated a feature.

It’s very likely you’ll come across a situation where you need to do something very specific. The library you’re using probably handles 95% of all your needs, however, this 5% is probably something that you assumed the library can do, but it can’t. Then you end up creating some weird workaround to cooperate with the library only to find out it’s still not working perfectly.

If I had to be completely honest, this is basically the life of a developer.

This one is more specifically about css tools than anything. Like the previous point, sometimes you just have to do something different with your design that the library doesn’t really cover. I’ve often had to fight with css libraries, trying to get things to be positioned a specific way or have the perfect amount of padding or can’t get something to look nice on mobile because of whatever. I’m sure these things translate to other tools in the JS ecosystem, but this is one I’m sure we come across way more.

When are less opinionated libraries a good thing?

Overall, fewer opinions mean that you have a lot more freedom.

When you need more control.

Sometimes, opinionated libraries or tools have too much “magic” going on. Perhaps it can meet your needs, but what happens if something goes wrong? Will you know exactly how to troubleshoot and solve the problem? Would you have to open up an issue and communicate with the maintainer for days until it gets resolved on their end? When you aren’t committed to an opinionated library

One thing I’d like to make very clear is that there are no right or wrong answers; much like our own actual opinions. Ideally, the goal we strive for as developers is to have as little friction as possible. Sometimes friction can boil down to many things, perhaps the mental model behind using it is just not clicking, maybe it doesn’t play well with your environment, maybe recent updates broke it. In an unopinionated library, friction can look like doing a lot of manual work, not really knowing how to go about reaching your goal, having to refactor a lot of things due to lack of an opinionated approach. The key is a strong balance between opinioned and less-opinionated with the hopes to maintain a frictionless experience. 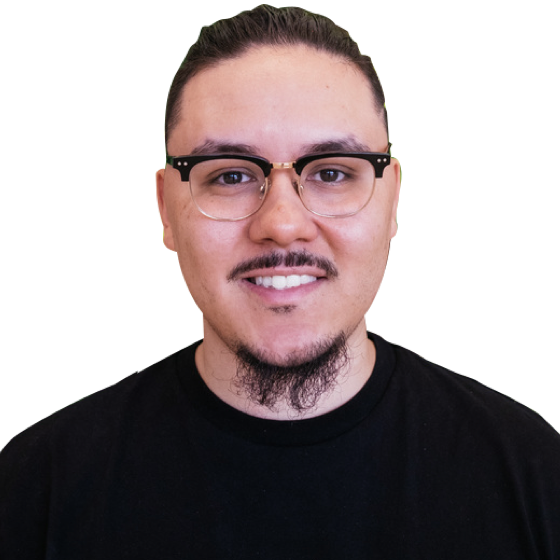